We would love to see you at one of our public performances. Check out our dates and venues of our performances below.

IN LOVING MEMORY
Georgos Soffos, Born 1959 -Died January 8, 2013 a true virtuoso on the Bouzouki! As Rembrandt commanded the paint brush, so does Soffos the bouzouki! It's the best way of describing Soffos' bouzouki playing. Georgo didn't just play the bouzouki, "He felt it! FASTEST HANDS EVER" said Byron F. Smyrniotis, a big fan of Soffos'. "I thought my ears deceived me! It was like listening to two or three bouzouki players at one time, surgically playing notes on his Bouzouki"proclaimed Byron.

Soffos started playing the bouzouki as a youth. His mission in life was to become one of the best bouzouki players in the world. His family sought out one of the top bouzouki players from Greece as his teacher. Tatasopoulos was his name. When Tatasopoulos heard Soffos for the first time, he knew Georgos would develop into one of the best bouzouki players ever! Soffos' dedication and hard work paid off! He started playing professionally after 5 years under the wing of Tatasopoulos! He entertained audiences in Greek Night Clubs and large venues throughout the World. Audiences in North & South America along with Europe were thoroughly entertained by Soffos! Greek Night Clubs in Chicago, New York City, San Francisco, Atlanta, Houston, San Diego, Los Angeles, Las Vegas, Toronto, Canada appreciated the virtuoso's musical talents. Soffos has also joined groups throughout Greece. Packed concert halls in Athens, Lefkatha, Rhodos and many additional foreign countries have rocked to the music of Soffos!

Soffos was excited to have teamed up with two of the top Greek Musicians in North America, Elias (Poulos) Konstantinou and Dino Theofilos! "ITS BEEN GREAT DURING our time touring and entertaining the Greeks of North and South America! says Dino and Elias!!!

Leonidas  joined Ellada in the Spring of 2013.  Leonidas has performed throughout Greece, USA and Canada.  His ear and talents for music come as a blessing and open armed welcome to the group.  Leonida's bouzouki playing will prove to a great addition to Ellada.  Not only does Leonidas play Bouzouki, he is an accomplished Greek Singer with a terrific unique voice that you will love to hear and sing along with!  He has already performed with Ellada at the Sarasota Greek Glendi, Greektown Grille and Benevolant Society dinner dance.  He has been welcomed with great compliments and praise!  What an addition to ELLADA says Dino and Elias!  Welcome Leonidas.

Dino started entertaining audiences with his father Tykie and his two brothers Georgio and Yanni Theofilos in 1964!  He studied Keyboards from many professional musicians throughout the United States and Greece.  When it came time to perform with his family  Dino took his Accordion and joined his father's group, Tykie and the Grecian Keys.  After joining the group, Dino, his father Tykie and brothers Georgio and Yanni found that they had a wonderful singing talent!  They combined their voices into sweet, tight harmonies which distinguished their sound from other Greek bands in Ohio.  Their popularity boomed!  As people heard Dino and his family, they craved their live music and begged for records.  Their sound was addicting!  People just had to have the performances in their Greek Communities, living rooms and cars through their recordings!

Dino has performed throughout the country, entertaining audiences in every major US city.  His musical talents have drawn hundreds of thousands of fans to venues like the Super Dome in New Orleans, casinos in Las Vegas, Atlantic City, the Atlantis Resort & Casino in Nassau, Bahamas, and the El Presidente in San Juan, Puerto Rico to name just a few.  Dino's sounds have been enjoyed at the largest International Greek festivals and International AHEPA (American Hellenic Educational Progressive Association) Conventions.

Dino has performed on 11 different recordings of the Fabulous Grecian Keys and has also recorded the "1st" Greek Karaoke CD in the world!

Dino has now teamed up with Leonidas, the new number one bouzouki player in the America’s and Elias (Poulos) Konstantinou and Triandos giving you the best sounding Greek Band outside of Greece.  ELLADA, a musical group, Lovers of “Live Greek Music will truly LOVE! 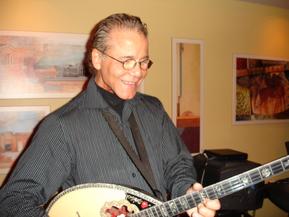 Born in Argos, Greece, Elias (Poulos) Konstantinou is a singer you won't want to miss!  His voice compares with the top singers of Greece today!  Elias' repertoire includes the latest hits from Greece along popular dimotika, rembetika & nisiotika songs  Elias dance and listening music including songs from all parts of Greece.

His singing career started on the knee of his father, where he sang songs for friends and relatives.  Recognizing his beautiful, strong voice, Elias grew as a vocalist by singing for many audiences throughout Greece, Germany, Australia and North America.  He toured with top Greek Bands and has settled on the west coast of Florida.

Elias has performed throughout Greece's nightclubs.  He has sung at weddings, parties and festivals.  You name the song and he knows it! His photographic memory and versatile voice range enables Elias to satisfy the taste of any group or party!

Elias has recorded 3 CD's!  He has written music and lyrics for singers in Greece including Vasilis Karas.  He continues to write songs and lyrics for future recordings with "ELLADA"   Our songs, lyrics and music will catch on in Greece once released" Elias proclaims!

Elias' and Dinos' voices blend into beautiful harmonies!  "Our music will make you think you are in Greece" Georgos Soffos says. 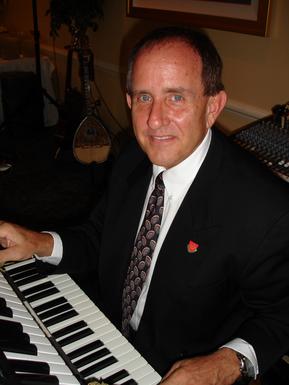 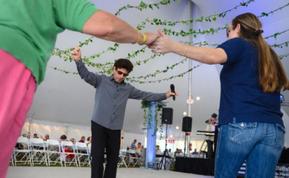 Triandos, can be added to Ellada's core band for an additional fee, is a wonderful bouzouki and guitarist extraordinaire!  His voice has been compared to Georgos Dalaras!  Triandos has entertained audiences in Rhodes and Athens Greece.  He was a featured singer in many nightclubs in Greece and the USA.  We can't wait for you to hear Triandos as the new and upcoming star in Ellada!  His vocals along with Elias, Leonidas and Dino's voices will once again bring sweet harmonies to the ears of their old and new fans!  Precise harmonies on the Bouzoukia with Leonidas and Triandos will amaze you!  This is something that has not been heard in many years in North America.  Look out!  They are so fast on the bouzoukia you will want to hear every note!